Foundation of Tiny Feet was established on April 5th, 2012 in Szczecin, Poland. It was, however, just a formal approval as our pro-life activity had been going on for many years before. Our workers and volunteers are devoted to protecting the value of human life from conception to natural death, as well as the dignity of its transmission.

At the beginning, our primary goal was to organize Marches for Life in Szczecin and promoting the idea of Spiritual Adoption of the Unborn Child.

Currently, the actions of our Foundation are much wider and comprise of:

We work not only locally, in Szczecin, but also nationwide. Plenty of our initiatives have been carried out internationally. The name of Foundation was initially based on Brotherhood of Tiny Feet (BMS), an on-line group created by father Tomasz Kancelarczyk. The Brotherhood is not a formally approved structure. It is an unofficial initiative which gathers tens of thousands of pro-life activists in Poland and abroad. The main goal of BMS is to share information about the protection of life and to motivate the public for taking various local actions.

The Foundation of Tiny Feet (FMS), however, is a legally formalized organization. Thanks to our Donors, we are able to provide those in need with concrete help.

The name of the Brotherhood, and then the Foundation of Tiny Feet, derives from the international symbol of pro-life activists – a pin depicting the real-size feet of an 11-week-old unborn baby.

Originally, all efforts of the Foundation were connected to the organization and co-funding of the March for Life in Szczecin and all associated events or projects.

Thanks to our Donors, their generosity and trust (for our people and the Foundation’s charismatic president at the head), we are able to develop existing initiatives and to take up new ones.

Our greatest mission is to protect every single unborn life, regardless of the conditions or circumstances in which this life began.

We work for general public, in service to family and human being.

We advocate for basic values of a family unit institution.

We provide support for families and single persons who feel unstable while facing new life challenges.

We take care of those who doubt. And those who may have lost awarness of the true meaning of marriage and family.

We perform our mission by educating teenagers, providing them with spiritual and intellectual formation. When needed, we offer specialist support, including material and financial one. 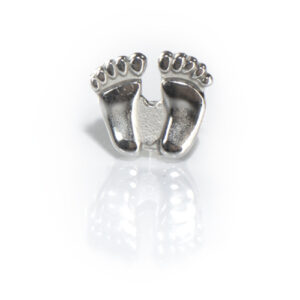